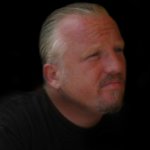 Voodoo has been tattooing since 1991 and has worked all over Europe as a guest artist spending many times here at Basel Tattoo & Body Art. At the same time for the last 22 years he has been the owner/operator of Barcelona’s largest and best known tattoo shop “Voodoo Tattoo” and has tattooed the “who’s who” of the sports and entertainment industry in Europe. His work has also been featured in several international tattoo publications and has been a regular fixture on Spanish television.